The Pyramid of Success 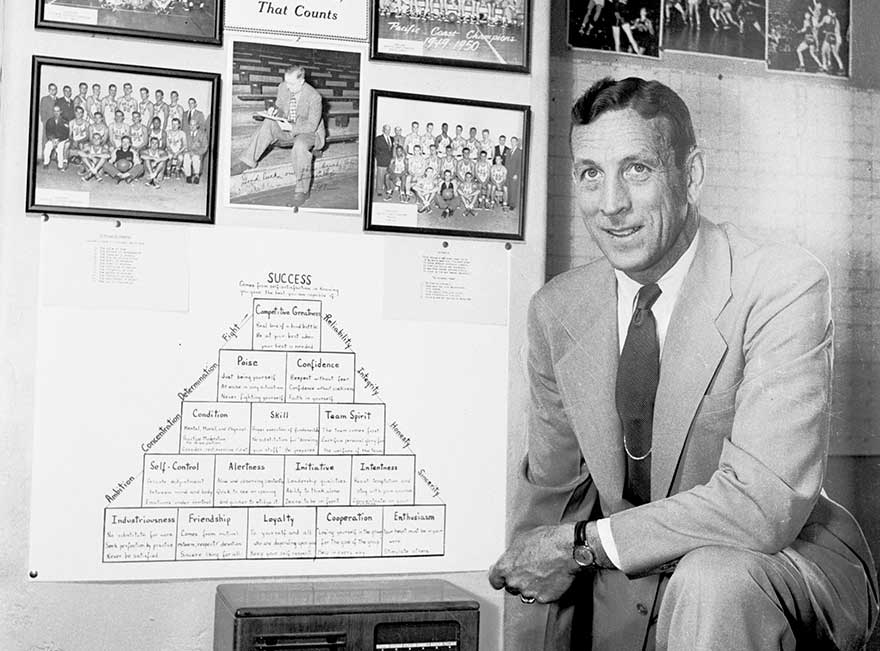 John Wooden was born and grew up in Indiana. He graduated high school in 1928 and played four years of college basketball for Purdue University until graduation in 1932. His basketball accolades are well documented (and easily found) with a simple Google search.

After college, he taught English at the high school level while playing some professional basketball. This was way before the giant NBA contracts that you hear of today (as a matter of fact, the NBA did not form until 1946.)

In 1942 he enlisted with the United States Navy where he served two years and left the service as a lieutenant.

After his service duty, he went back to his home state of Indiana where he taught English and coached basketball.

Then, in 1948, Wooden was hired as the fourth basketball coach in UCLA history. His contract was worth a whopping $18,000 over three years.

Wooden adopted a UCLA team that had mediocre results. To most people’s surprise, he had immediate success, many calling it an "instant turnaround" and the world was introduced to his “system” now called the Pyramid of Success.

Little did he know that when he introduced the Pyramid of Success to his UCLA basketball players that he would also introduce an easy-to-understand framework for all individuals and all teams, whether on the basketball court, in the classroom, in the workplace or… well… wherever there are people.

The John R. Wooden Course exists to teach and share this framework with thousands of organizations and millions of people.